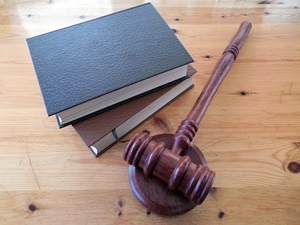 September 25, 2020 by Robert Franklin, JD, Member, National Board of Directors

As all now know, Supreme Court Justice Ruth Bader Ginsburg is no longer with us.  She had long been seriously ill and finally succumbed to the cancer that had dogged the end of her life.  In this election year, it goes without saying that her death and the resulting vacancy on the nation’s highest court have caused paroxysms of opinion mongering across the political spectrum.

I offer no deep thoughts on her as a person or as a jurist.  Certainly, she was a hard worker and, if those with whom she worked are any guide, a person with a strong sense of fairness.  She was a feminist who, at least in some instances understood that men sometimes hold the short end of the equality stick.  So, for example, as a practicing attorney, she successfully represented a man against the Social Security Administration.  At the time, if a husband died, his wife was entitled to “widow’s benefits,” but if a wife died, her surviving husband was entitled to zip.  Ginsburg, through her representation of a man whose wife had died and was denied benefits, changed what were plainly gender-biased regulations.

So what did she think about fathers?  There the coast is not so clear.  Here’s what she said in 1993 during a panel discussion for the Women’s Bar Association of the District of Columbia.

“I’m still not going to give up on what I think is not an impossible dream and that is to get men to be parents. I have a law clerk this year who is the primary caretaker of his children. He is on a much more flexible schedule than any other law clerk on that court. People say that it’s got to be an eight in the morning to one in the morning job. Well, it doesn’t have to be, especially with modern technology. So there are people who have reservations about that decision, and there are some people who say, ‘Well, why are you doing it with a guy?’ Well, it happens to be that he clerked for me before and I knew how well this could work out. But there’s another reason, too. I want the men to see that men do this, men who are ‘real men’ still can be loving and caring parents. Because I think if we can ever get across that message there is nothing that will improve women’s status more in the world than for men to be equal parents with women.”

Ginsburg of course was a highly intelligent, highly educated woman.  Despite that, she somehow held the notion that fathers aren’t parents.  Indeed, she offered the strange idea that getting them to be parents was “not an impossible dream.”  So, in her estimation, (a) fathers aren’t parents, but (b) with enough urging, we can get them to be parents even though it’s going to be tough and perhaps not even possible.

Both notions are absurd on their face and both depend entirely on a definition of “parent” as “doing what mothers typically do as parents.”  What Ginsburg was inveighing against of course was the bifurcation of roles that, in 1993 and now, tend toward the mother as provider of direct childcare and the father as provider of resources.  But for her to say that fathers who emphasize paid work in some way forfeit the title of parent is both factually incorrect and outrageous.  The simple fact is that children need what fathers provide.  Story reading and diaper changing are necessary for children, but when they’re performed under a bridge in February, it’s hard to argue that little Andy or Jenny is getting all the parenting they need.  The resources fathers provide include things like food, shelter, clothing, medical care, etc.  What child can do without those things?  Fathers providing for their families is parenting.  Period.

Weirder still is Ginsburg’s apparent unawareness of the consequences of what she said.  As a feminist, she often went to war to get more women into paid work.  Were those mothers who worked full time all of a sudden not parents?  According to Ginsburg’s theory, it seems they would not be.

Which brings us to family law.  The very notion perpetuated by Ginsburg – that fathers aren’t parents because they do more resource provision and less hands-on parenting than do mothers – is embraced daily by family court judges who then give primary custody to mothers.  With mothers given the lion’s share of parenting time, their ability to work and earn is significantly impaired, i.e. hardly the result Ginsburg wanted, but, ironically, the one her notion of fatherhood results in.

As to her idea that men who are “loving and caring” fathers not being perceived as “real men,” I can only say that, in my life, I have known countless men who are fathers.  Hundreds for sure and probably thousands.  I can’t name a one who wasn’t loving and caring toward his kids.  Nor can I name one who didn’t consider himself a real man or who wasn’t considered as one by his friends and neighbors.  The whole idea that loving one’s children is a threat to men’s self-concept is nothing but a straw man.  Men have loved and gloried in the children for eons and will continue to do so, Ruth Bader Ginsburg, notwithstanding.

Finally, Ginsburg’s final two sentences assume that men’s failure to do more hands-on parenting is what’s holding women back in the workplace.  It’s a common theme and commonly false.  What’s true is that women strongly tend to value motherhood over paid work.  We see it time and again throughout all sorts of datasets and studies as well as anecdotally.  Dr. Catherine Hakim, for example, has compiled figures on what women and men prefer to do with their time.  Overwhelmingly, women prefer childcare to paid work and men the converse.  Among women who work full-time, one study found over 60% of them saying they’d prefer to work less, while men wanted to work more.  Month in and month out for decades, the U.S. Department of Labor shows women doing less paid work than do men.  Women who work full-time work fewer hours per week than do men who work full-time.  The greatest predictor of divorce for a man is the loss of his job.

I could go on and on, but precisely none of that squares with Ginsburg’s view of women or men.  That’s because the evolved biology of men’s and women’s parenting behaviors is a far better guide to predicting those behaviors than any political ideology.  More importantly, mothers and fathers are both parents, regardless of how they choose to allocate their time.  Any suggestion to the contrary tends to deprive children of one of their parents, which is the exact opposite of what should be done.

Justice Ginsburg had many fine qualities and she will be missed.  Sadly, her understanding of what fathers do for their children was skewed by her embrace of political ideology instead of evolutionary biology.