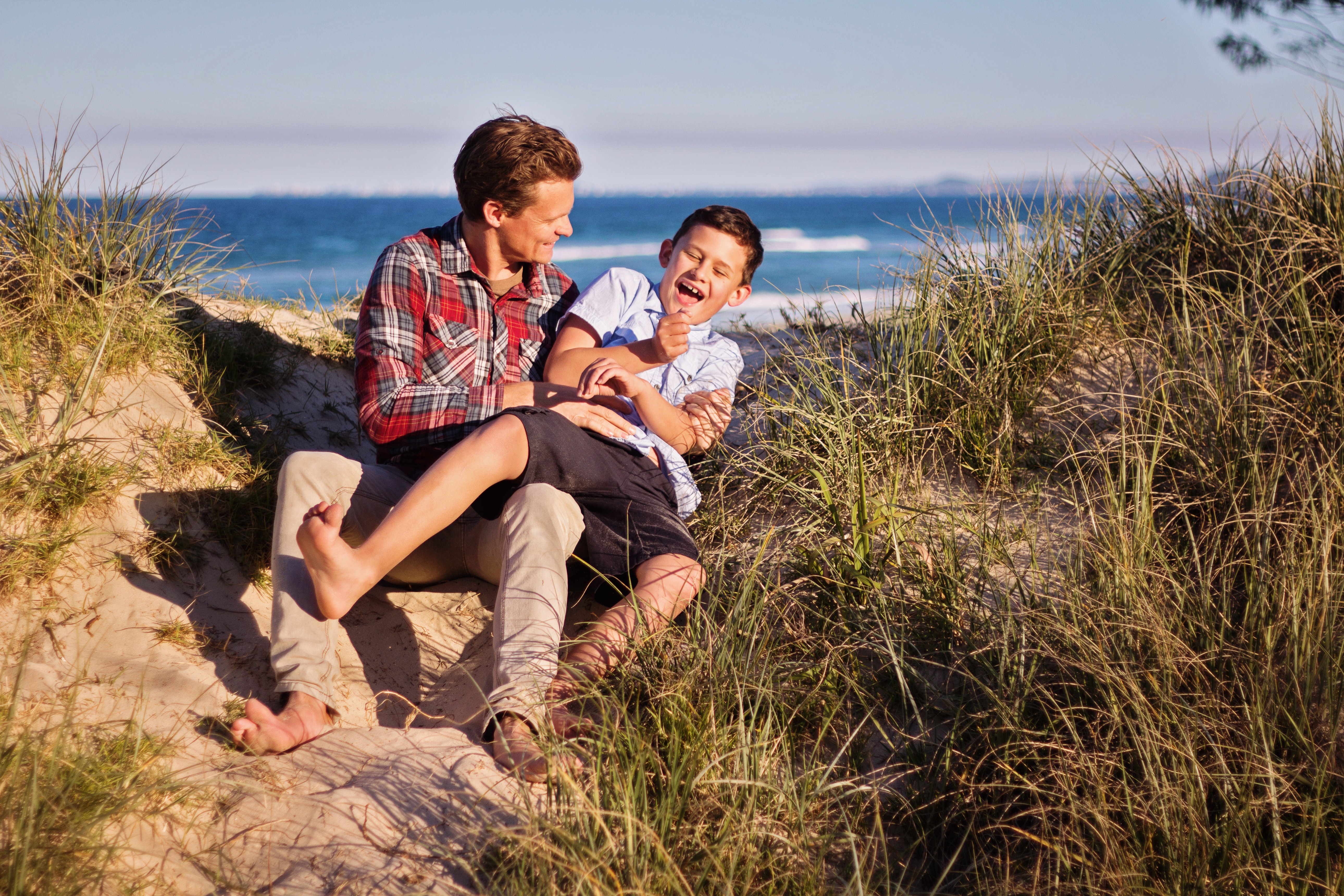 December 12, 2019 by Robert Franklin, JD, Member, National Board of Directors

Children do well when both parents participate actively in their upbringing and work to provide consistent attention, affection, and discipline, as well as meeting their material needs. This is easiest to achieve when the parents are married and living together.

That’s psychologist Nicholas Zill writing here (IFS, 12/4/19).  In my last piece, I summarized some of his findings.

So Zill clearly understands the fact that children do better with both parents in their lives than in any other situation.  But here too is Zill:

That’s to be found under Zill’s heading “No Substitute for Responsible Fathers.”  As such, Zill suggests that the problem of fatherless or “under-fathered” kids stems from the failure on the part of the men to take up their responsibilities as dads.  It’s a common claim, particularly among those on the right of the political spectrum.  The theory seems to be that if men were somehow to become better people, the problem of fatherless kids would vanish.  The claim is terribly misguided.  Worse, it’s an excuse for failing to do the hard work of not only reforming laws, but changing the cultural narrative on fathers.  After all, if the problem is the fathers themselves, what can you or I do?

But for decades now we’ve known that the irresponsible dad trope is mostly nonsense.  Of course there are men who flee their parental responsibilities, as do some women.  But there’s plenty of social science that finds them to be in the minority.  Even the poorest and least educated men want to play a real role in their children’s lives, as the many, many studies conducted using the data produced by the Fragile Families and Child Well-being longitudinal survey demonstrate.  Two decades ago, Sanford Braver gave the lie to the claim that men don’t care about their kids.

Unfortunately for all of us though, this culture tells fathers, at every turn in the road of a child’s life, that they are unwanted and unneeded, that they’re at best superfluous and at worst a danger to children and mothers alike.

That message begins actually even before a child is conceived.  We doggedly refuse to provide men sensible means with which to control their paternity.  Contraception for men consists of condoms which are notoriously ineffective and vasectomy that’s not cheap and reversing it is even less so.  Of course RISUG has been proven, in over 10 years of trials and use in India, to be safe and effective with no side effects, but here the FDA refused to accept the data compiled in India and demanded that trials be begun anew from scratch.  Currently, there’s no end date for approval of the U.S. version of RISUG.

With the child brought into the world, we again tell the father that he’s a third wheel on a two-wheel cart.  Hospitals and doctors routinely forget that Dad exists, forget to involve him in pre-natal visits, let him see the ultrasound photos, etc.  That’s all true despite the fact that research demonstrates that mothers and babies alike do better if Dad is involved at every stage of Mom’s pregnancy.

And let’s not forget that no law anywhere requires Mom to let Dad know about his child or to tell the right man if she chooses to tell anyone.  We shout to the heavens that fathers have parental rights, but when it comes to being able to exercise those rights, well, that’s up to her, at least if the two aren’t married.  If Dad doesn’t know about his child, it’s hard for him to play a big role in his/her life.

And of course paternity fraud is everywhere perfectly legal.  No legal sanctions attach to a mother’s decision to tell the wrong man he’s the father of her child.

Maternal gatekeeping?  That’s a fairly common occurrence in which Mom sidelines Dad in childcare.  Gatekeeping can take many different forms from denigrating the fathers’ efforts at childcare all the way to international parental abduction of the child.  Anything that reserves the child solely for the mother can qualify and the law winks at just about all of it.  Just recently I wrote about a mother who abducted her daughter to New Zealand in violation of international law and court orders, but whose illegal action was endorsed by two New Zealand courts.  Meanwhile, she faces no legal detriment for her wrongful and abusive conduct.

Child custody practices by family courts likewise sideline fathers in the lives of their children.  About 82% of the children of divorce or separation are in the sole or primary custody of their mothers, a figure that’s barely budged in almost 30 years.  We know that kids do better in equal custody arrangements, but, throughout the English-speaking world, mothers routinely get 70% – 75% of the parenting time of children post-divorce.

Should Dad try to get a court to enforce his meager parenting time, he’ll often be thwarted by a range of discouraging practices.  For one thing, the federal budget includes $5 billion for child support enforcement but only $10 million for visitation enforcement, a 500:1 ratio.  The former of course overwhelmingly assists mothers and the latter can’t be used to help Dad hire a lawyer, the very thing he probably most needs.  Hiring a lawyer multiple times, making a motion and having a hearing are costly to Dad, but the result often is that the judge only verbally encourages Mom to abide by the order, but does little else.  The result is that custodial mothers have little concern for their ex’s rights under custody orders.

And, as the Office of Child Support Enforcement has repeatedly told us, child support guidelines and enforcement tend strongly to sideline fathers in the lives of their kids.  A man in fear of prison is not a man likely to try to enforce his right of access very strongly, if at all.

Then there are state-level child protective authorities.  When Mom proves to be unfit to care for little Andy or Jenny, or abusive or neglectful of them, CPS may take the children from her.  But when that happens, the chances that the agency will contact Dad as a placement – either temporary or permanent – for the kids are well below 50%.  That was the finding of the Urban Institute in a study called “What About the Dads?”  At least one federal circuit (the 9th) has declared the practice to be a violation of fathers’ civil rights, but still it goes on, apparently unabated.

Adoption?  In two-thirds of the states, single fathers have no right to claim parentage of their child unless they’ve filled out the appropriate form with the state.  Tellingly, those putative father registries are closely guarded secrets.  Finding out (a) that they exist, (b) what they are, (c) what, how and where to file and (d) their legal impact on fathers’ rights can be fraught with difficulty.  Their entire purpose is to remove fathers from the adoption process despite the fact that doing so forces adoption on kids who don’t need it and deprives kids who do of good adoptive parents.

No discussion of fathers in law and society would be complete without commenting on the portrayal of fathers in every form of communications media.  The movies, television, advertising, newspapers, popular songs, etc. all traffic in the routine denigration of fathers.  Occasionally a Gillette ad or something similar may get called out, but those times amount to a tiny fraction of the whole assault on fathers in pop culture.  Homer Simpson hasn’t gotten smarter over the years.

All of that and more carries the unmistakable message that fathers have no value beyond the contents of their bank accounts, if that.  As long as we, in law and popular culture, continue to teach that lesson, we can scarcely blame dads for learning it.  The amazing thing is that so many fathers swim on against the tide of anti-father rhetoric and practice.

So Nicholas Zill needs to drop his idle chatter about responsible fathers.  Fathers everywhere fight an uphill and often ruinously expensive battle for that humblest of desires – to see and care for their children.  Until we as a society and culture start to treat fathers as the good and necessary parents they are, we have no business criticizing those few who can’t fight and win the fight we require of them every second of every day.