NPO is proud to announce a new direction for its Kentucky chapter. The team is bringing in two young shared parenting advocates with exciting plans for the future. Matt Hancock, current vice-chair, will be taking over. Jason Griffith, minority outreach director, will become vice-chair. Matt Hale will be stepping down as state chair to focus on national messaging and strategy while offering the new team his experience as a teammate. Alexandra Beckman will remain as women’s outreach director.

Hancock brings youth and energy to the chair position. He is a member of the “Kentucky Heroes” who helped pass the nation’s first shared parenting presumption in permanent custody orders. He has expertise in team building, relationship building with lawmakers and a calm demeanor. He has been assuming more responsibility over the last several months including media appearances.

Griffith, another “Kentucky Hero” who helped pass Kentucky’s shared parenting law, is a charismatic communicator. He has reached out to many lawmakers and been an effective communicator for Kentucky’s NPO. Griffith is a tireless advocate for children who also sidelines as an actor (https://www.imdb.com/name/nm8547124/). Griffith commented, “It has been an honor and a privilege to have had the chance to be a voice for our Kentucky children and their families. Every moment is an organizing opportunity and every minute there’s a chance to change the world.”

Hale’s time as Kentucky’s chair established him as unquestionably one of the nation’s leading shared parenting advocates. He started the Kentucky chapter in late 2012 and was the leader in getting 2017’s HB 492, the nation’s second shared parenting presumption temporary child custody order law, passed unanimously. He wrote the initial draft of Kentucky’s 2018 first in the nation permanent order shared parenting law. He led the effort for the law’s passage in every way including media messaging, volunteer coordination, lawmaker outreach and finished with being the lead testifier before Kentucky’s House and Senate judiciary committees. Hale’s last public appearance as state chair was his historic “Glorious Park” speech at the state capital Governor’s ceremonial signing.

“I’m thankful to have been chosen to be the messenger for this effort. It’s exciting to see two amazing men in Matt Hancock and Jason Griffith taking over Kentucky’s efforts. People rally to Matt because of his natural leadership, which will lead him to great things. Jason brings a rare level of charisma and steely determination that will make him a star. I’m honored to have worked with them and all of the greatest children’s advocates there are, the Kentucky Heroes. I wanted to thank Kentucky’s amazing lawmakers, Governor Bevin, the Kentucky Fathers Right Movement, Dr. Ryan Schroeder and the great people of Kentucky for putting children first. We made it to the glorious park of shared parenting where parents take turns pushing their kids on swings.” 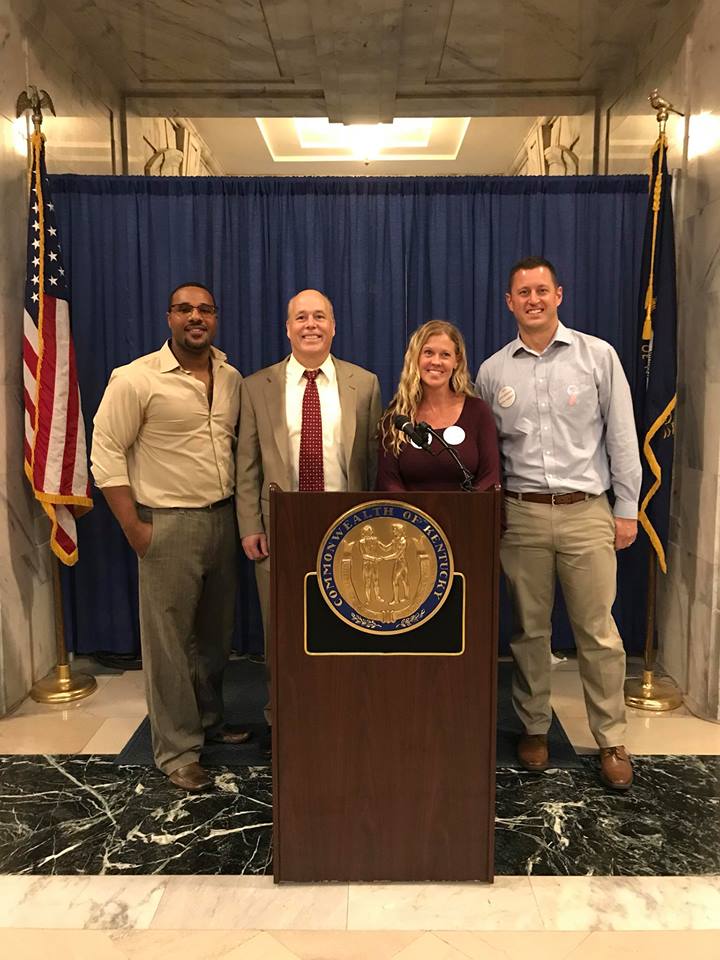