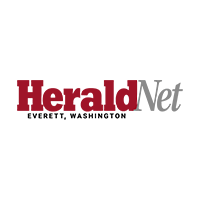 Nationwide, the $50 billion dollar divorce industry is 25 times larger than the wedding industry with the average divorce costing $20,000 dollars. It is far less expensive to marry than to divorce.

According to the Washington state Department of Health, there are approximately 25,000 divorces each year statewide with approximately half of those divorces affecting 22,000 children. The most contentious and expensive divorces center on issues regarding child custody and child support, stemming from the sacred parent-child bond and multitude of constitutional rights implicated.

Current research by Linda Nielsen, a professor of adolescent and educational psychology at Wake Forest University, indicates that children who live with each parent at least 35 percent of the time in a shared-parenting joint custody plan had better outcomes than children in sole physical custody families. Children raised substantially by both parents have better academic achievement, emotional health and relationships with family while having less behavioral problems and fewer physical health and stress-related illnesses.

Read the rest at The Herald