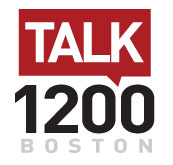 Fathers and Families founder and Board Chairman Ned Holstein, MD, MS discussed the new Massachusetts alimony law on the Jeff Katz Show on AM WXKS 1200 in Boston this morning. To listen to the interview, click here. The bill, signed by Massachusetts Governor Deval Patrick yesterday, will largely end the lifetime alimony burden that family courts have placed on many Massachusetts obligors. Dr. Holstein cautioned that the new law, while a big step forward, could still be undermined by the gender bias pervasive in family courts. He explained:

“Whatever people think is the right and fair solution [on alimony], it should be the same for men and for women.”

Dr. Holstein criticized Patrick for his judicial selections, some of which he called “awful.” He explained:

“One of his appointments was a woman whose law practice in Cambridge had been called the ‘Women’s Law Center’ and he appointed her to be a family court judge. She had never represented a man because she didn’t believe in it, and now she’s adjudicating cases between men and women.”