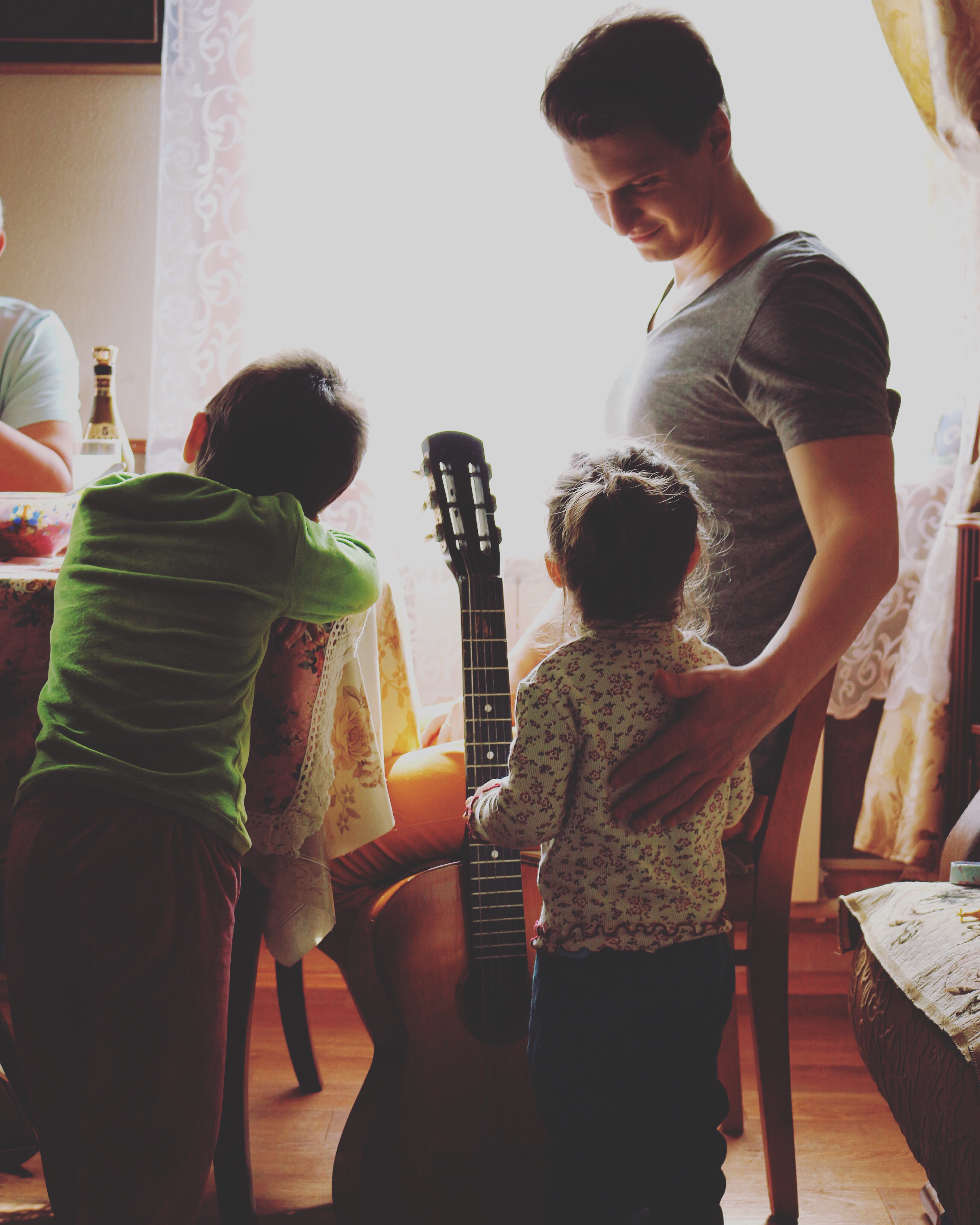 February 26, 2020 by Robert Franklin, JD, Member, National Board of Directors

This time, the story comes to us from Washington State and Mary Bridge hospital.  That’s where Megan Carter, her husband Andy and their four-year-old daughter Ellie were put through a legal, medical and emotional wringer over a period of over a year.  Megan was charged with medical child abuse of Ellie and eventually exonerated, but not after having been forcibly separated from both her children for a year and spending over $300,000 to fight the case.

Ellie was born at 24 weeks of gestation, i.e. extremely premature.  Unsurprisingly, that meant that, from day one of her life, she’s had medical issues.  She’s spent a lot of time in doctors’ offices and hospitals.  She’s had a feeding tube inserted into her stomach and ventilation therapy to help her breathe.

When she was four, she contracted an infection that her immune system had serious difficulty combatting.  Megan took her to her pediatrician multiple times and eventually to Mary Bridge hospital.  That’s where she ran afoul of Dr. Elizabeth Woods, a child abuse physician who decided that Megan was engaging in medical child abuse.  In this case that meant overtreating the child, much like Munchhausen’s Syndrome by proxy.

The problem with that diagnosis was that essentially nothing supported it.  Megan is a nurse and had devoted herself to Ellie’s care, a job that appears to have been necessary, given Ellie’s condition.  But Woods drew the conclusion anyway and, to say the least, resorted to making claims (some of them under oath) that significantly embroidered on the facts.  Indeed, reading the linked-to article, one eventually comes away with the feeling that Woods was animated by a fervor bordering on malice.

Consider, for example, her written opinion:

“Ellie Carter is a victim of medical child abuse,” Dr. Elizabeth Woods wrote in May 2018, indicating that Megan Carter had abused her 5-year-old daughter by pushing for excessive and harmful medical treatments. “This is life threatening, and she is at imminent risk if her mother is involved in her care.”

Note the lack of any qualifying phrases.  Woods didn’t say she was concerned about abuse or the risk of it in the future.  “Ellie Carter is a victim…”  “[S]he is at imminent risk…”  Such phrasing indicates absolute certainty, but, as the facts of the case show, Ellie in fact was neither being abused nor at risk of being.

Consider too that Woods misrepresented facts about the medical sub-specialty of pediatric child abuse.  Under oath, Woods admitted that she hadn’t taken the three-year training course to be a child abuse pediatrician, nor had she passed the exam to become board certified in that field.

But, Woods added, neither have most doctors who specialize in identifying child abuse.

“There are approximately 250 of us nationwide that function as child abuse consultants,” Woods said that day in court, according to an audio recording of her testimony. “And a very small minority of those have received training, as the training just started about three years ago. So I was already well into my career prior to that being offered and have established my credibility through extensive experience.”

The problem being that little of that is true.  In fact there are about 375 such specialists nationwide and all of them have either received that fellowship training or spent years diagnosing child abuse prior to  the establishment of the training.  Plus, the training began 15 years ago, not three as Woods claimed.  That means she could easily have received the training, but simply hasn’t.

Eventually, when Ellie was in the hospital and Megan was caring for her, Woods announced that she had video evidence of Megan failing to give her daughter needed medication.  She reported that claim to Child Protective Services, who called the police who in turn escorted Megan from the hospital’s premises.

Based on Woods’ allegation, CPS got a court order barring Megan from seeing either of her children except in a supervised setting.  Andy and his parents would care for them, an arrangement that went on for a year.  But Elizabeth Woods wasn’t done yet.

She reported writing messages to Child Protective Services officials and a prosecutor assigned to the case, urging them to restrict Carter’s access to her children even more, blocking her from seeing them altogether, but state authorities refused…

Woods then tried another strategy to block Carter from seeing her children. The doctor brought her concern directly to Andy, while Ellie was still hospitalized. Woods told him that she had video proof of his wife committing a crime, though she declined to elaborate or show it to him, Andy said in an interview.

Then she told him that the hospital wouldn’t discharge his daughter into his care unless he obtained a restraining order against his wife, blocking Carter from seeing her children, Andy said.

The doctor told him the court order requested by Child Protective Services wasn’t good enough, and that his wife was dangerous, Andy recalled. Woods told him that, even while supervised, Carter could hurt Ellie with a doctored glass of water or piece of candy, Woods wrote in her notes describing the conversation.

In fact, Woods had no evidence of Megan’s failure to administer Ellie’s medication.  She not only lied to Andy, but attempted to hold Ellie hostage unless Andy bent to her will.  Fortunately, he declined.

Over the course of four days, Woods testified that she believed “all of Ellie’s medical issues” were the result of medical abuse, even though the child was born severely premature and continued to require significant medical care after she was separated from her mother.

Woods claimed that only Carter had ever witnessed Ellie suffer seizures and that the child had since been weaned from anti-seizure medicine, though medical records showed otherwise. Multiple members of the hospital’s medical staff reported observing seizures, which was why Ellie was still receiving anti-seizure medication at the time of trial.

There were more misstatements from Woods.  But what about the video of Megan tampering with Ellie’s medication, the one that got her removed from her daughter’s life for a year and that she used to browbeat Andy?

[W]hen lawyers played the video for other witnesses, including a doctor who supervised Ellie’s care, they said it showed no such thing. Plus, two hospital staff members were in the room at the time and did not report wrongdoing, Amini, the judge, later noted.

Woods’ “smoking gun” turned out to be nothing but a false claim used to deprive a little girl of her mother.

More than three weeks after the trial ended, she issued her order. In a scathing 26-page report, [Judge]Amini both dismissed the state’s case against Carter and rebuked the doctor who’d initiated it. Most of Woods’ testimony, the judge wrote, was “without supporting factual basis.” Amini dismissed parts of Woods’ conclusions as “not plausible” and “speculation at best.”

But it actually gets worse.  Six months after her acquittal and return to her family, Megan, Andy and their kids were sitting at home one evening when the doorbell rang.

The child welfare worker explained that the agency had received two new reports from members of the child abuse intervention team at Mary Bridge Children’s Hospital. Although nobody at the hospital had seen or treated Ellie in more than six months, the hospital staff members were reporting — without evidence — that Carter had begun giving her daughter oxygen treatments that she does not need.

Medical and billing records show that Ellie hasn’t received oxygen treatments in more than a year. Mary Bridge officials did not answer questions from reporters about what prompted the latest reports or who made them.

One of the referrals came from a pediatrician on the hospital’s child abuse team, the Child Protective Services worker said. She would not name the doctor, but Woods is the only physician who matches that description.

Yes, not content with issuing under oath opinions that were implausible and “without… factual basis” and being excoriated for her performance by the judge presiding in the case, not content with needlessly causing two children to lose their mother for a year based on made-up “evidence” of abuse, Woods seemingly had doubled down, making claims about which she not only had no knowledge but could have none.  And of course, like so many others of her claims, this one too was false.

But, astonishing as this case is, it’s not about a single rogue doctor determined to find abuse where there was none and apparently entirely unaware of the damage she was causing.  No, it’s about far more than that.

I’ll deal with that next time.