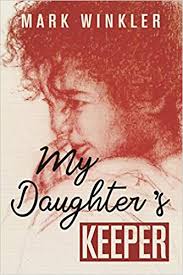 My Daughter’s Keeper is the true story of Mark Winkler’s rocky road through family and dependency courts in New York.

When Mark Winkler says, “I didn’t win,” he couldn’t be more right. Yes, he eventually got primary custody of his daughter Kisha and yes, he seems to be the type of father we’d want every kid to have. But the heartache and anguish he had to endure to get custody, the long hours in court, the sleepless nights wondering what misadventure would come next mean he “won” nothing. Everything he now has cost, if not blood, then certainly sweat and tears.

In fact, no one won. His little daughter didn’t win. Several years of her young life included witnessing emotional abuse between her parents. That time would have been shortened had Winkler not been so scared of family court. He’d heard the horror stories and hung onto a relationship with Kisha’s mother that he otherwise would have abandoned years previously. Then Kisha spent two months when she never saw her father. That was followed by countless visits from and to the child-protective agency (OCFS), mental health professionals, lawyers and courtrooms. The little girl’s life became a whirlwind that started with parental conflict and broadened into the whole panoply of family and dependency courts and everything they entailed.

Kisha’s mother didn’t win. Although she was entirely to blame for ending up with only minimal visitation, she went through as much heartache as anyone.

The taxpayers of New York didn’t win either. Mark Winkler is a thoroughly decent father, not without flaws, but unquestionably suitable to care for his daughter whom he loves to distraction. But proving those facts to a couple of judges and numerous caseworkers, supervisors, lawyers, therapists, etc. took an outrageous six months in one trial alone, plus other hearings, meetings, mediations and the like. How much that cost the State and City of New York, is anyone’s guess, but whatever the figure, the taxpayers didn’t win either.

And yet, people who know Winkler tell him “You won,” and by the standards of family law, he did. That of course is because, in the family law system, there are winners and losers and, according to those standards, Mark “won” and Katherine, Kisha’s mother, “lost.” It is one of family laws greatest flaws that both parents know that, when the dust settles, there will be a winner and a loser. Unsurprisingly, that fact alone produces much of the bitterness and conflict that makes up divorce and child custody cases.

Winkler’s book, “My Daughter’s Keeper,” is no horror story. When measured against other cases we’ve read about, Winkler’s looks comparatively free of outrage, the type of face-palming “how-could-they-DO-such-a-thing?” blatant errors and bias that we see so often.

Winkler had a non-marital relationship with a woman, Katherine, with whom he was not at all compatible and whom he didn’t love. Katherine felt the same. But, when she became pregnant, he vowed to marry her and be an active father to his child. He managed the latter, but not the former, as his relationship with Katherine never ran smoothly. They seemed to be always on the verge of splitting up, but Winkler’s fear of family court prevented it.

Eventually though, he filed for shared custody. That precipitated a cascade of false allegations against him by Katherine. First it was domestic violence, then child abuse, then more child abuse, and on and on it went. There were claims to DV courts, family courts, the OCFS and finally the police.

Fortunately though, Katherine was long on emotional indignation and short on common sense and calculation. Put simply, she wasn’t a very good liar and, with each new false claim, she only dug the hole she was in deeper. Soon, no one believed her.

In the end, the judge hearing the case called Katherine “not credible,” “nonlucid” and pointed out that she not only contradicted herself, but was contradicted by her own witnesses. Plus, “it is the opinion of this court that OCFS’s allegations that the mother emotionally abused her child, including coaching the child to lie against her father and interrogating the child after visitations, are in fact true and accurate. As a result the child shall be placed in the father’s full-time care, with the father having full physical and legal custody.”

What’s perhaps most remarkable – and most damning – about Mark Winkler’s journey through family court Hell is that his case, by the standards of family court, is fairly unremarkable. At every turn, those charged with making some key decision made the right one. The DV restraining order was dissolved, false allegations were found to be unsubstantiated, he never lost custody and the court finally gave primary custody to the right parent. And Kisha seems to have survived the ordeal reasonably well.

In short, by the lights of family courts, everything worked as it should have. But it was still a too-long, maddening, anxiety-provoking gauntlet that Winkler, his relatives and his daughter had to run. In a frightening way, Mark Winkler’s case is the good news about family courts.

And that’s as powerful an indictment of family courts, family law and our child protective system as any I can think of.

“My Daughter’s Keeper” is a short and easy read. To his everlasting credit, Winkler rigorously holds himself accountable for his own mistakes and character flaws. He doesn’t claim to be a wronged saint, but only a loving father fighting to maintain a relationship with his daughter. In that, he’s like most dads who wind up in family court. None are perfect, nor should we ask them to be. His book indicts a system that too often ensures that, while there are no true winners, everyone loses.

You can find it here.