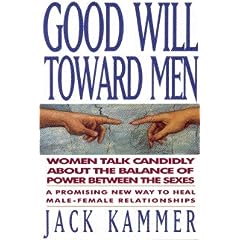 “So maybe fathers make a difference?’ I suggested. “Absolutely, man. Absolutely.’ “Why?’ I probed. “What difference does a father make?’ “He”s always behind you, man, pushing you. Keeping you in line.’ “Yeah. Telling you what”s what,’ driver and shotgun agreed. In my recent blog post Combating Gangs by Combating Fatherlessness, I wrote:

My wife and I were at one of Hollywood PR guru Michael Levine’s dinner parties the other night and had an interesting conversation with Dennis Zine, a Los Angeles City Councilman. One of my former employees is one of Zine’s key people, so I’ve followed his career some. He’s an interesting guy, and something of a maverick. Anyway, at the dinner he was talking about Los Angeles’ gang problem and how to deal with it. I put forward the notion that the key issue with gangs is fatherlessness. Zine was caught a little off-guard. I mean, I’m sure he’s aware of the linkage between fatherlessness and troubled youth but, like many politicians, he’s saddled with so many immediate problems and having to put out fires that there’s often insufficient time for long-term solutions. I inflicted my co-authored newspaper column on fatherlessness and gangs on Dennis and he said he’d read it. I don’t think reducing fatherlessness has to be that much of a long-term solution–there are things California could do in the short term. Two good places to start would be: 1) helping fathers, including low-income, unwed fathers, get meaningful joint custody 2) reining in the child support system which victimizes low-income minority dads The column is CA Anti-Gang Bills Miss Central Truth About Kids & Gangs (Pasadena Star-News & Affiliated Papers, 3/25/07). I also recommend my blog post ‘The first thing one notices about the gang world is this: There are no fathers’, which is about Sudhir Venkatesh’s research on gangs.