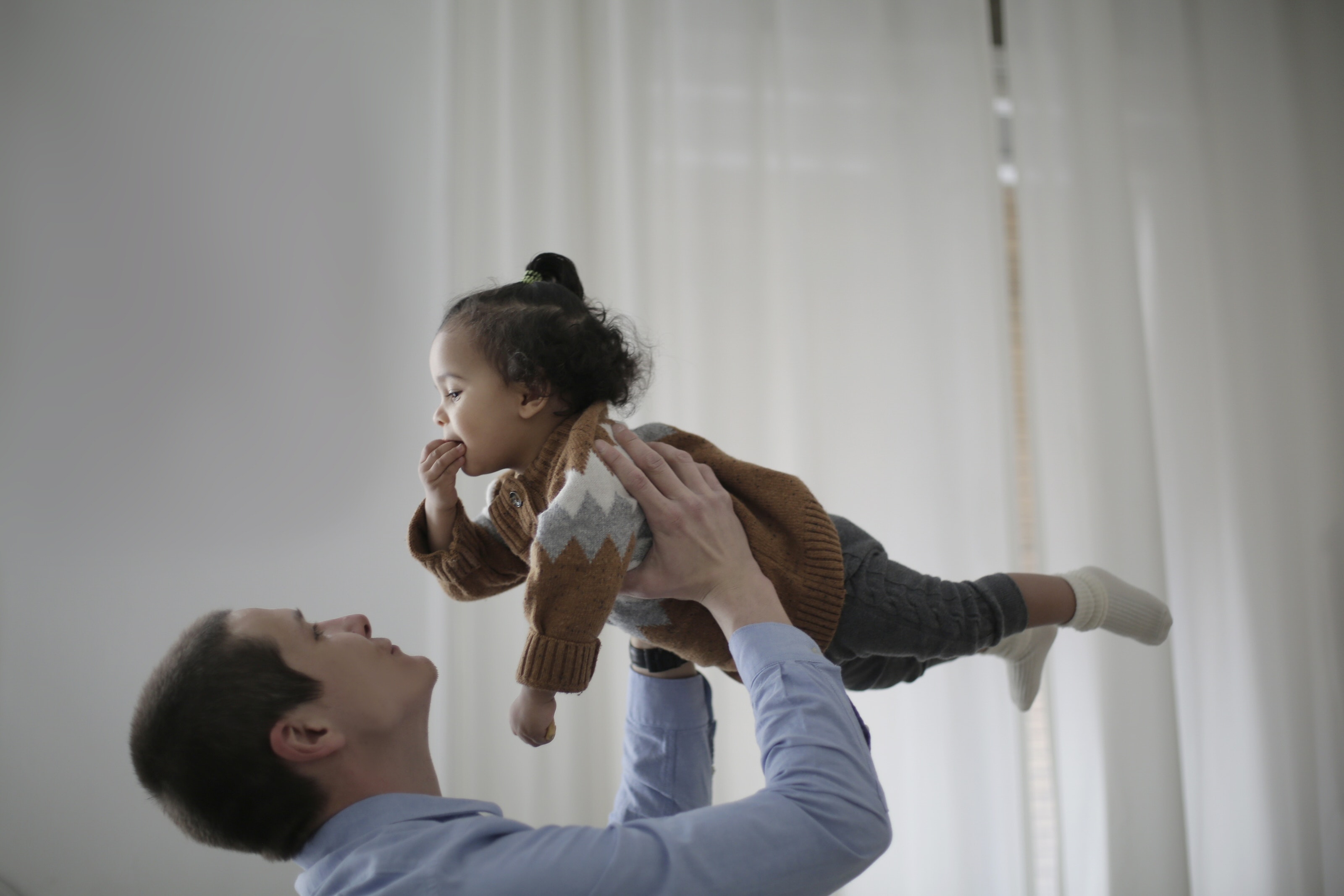 July 8, 2020 by Robert Franklin, JD, Member, National Board of Directors

Amazing but true, The Guardian has a positive article about fathers, and a reasonably accurate one too (The Guardian, 6/30/20).  Of course the article is well behind the research it deals with and barely scratches the surface, but, within those limitations, it gives its readers valuable information.

It seems there’s some recent research out of Cambridge University on fathers playing with their children and how that influences children’s behavior, both immediately and in the years to come.

Research carried out by Cambridge University’s faculty of education and the LEGO Foundation looked at how mothers and fathers play with children aged 0 to 3 years and how it affects child development.

While there are many similarities, it found that fathers tend to engage in more physical play like tickling, chasing, and piggy-back rides, which researchers claim appears to help children to learn to control their feelings.

The research is based on a review of data from 78 studies, carried out mainly in Europe or the US between 1977 and 2017, which found a consistent correlation between father-child play and a child’s ability later to control their feelings.

Researchers found that on average most fathers play with their child every day, but even with the youngest children play tends to be more physical, with fathers enjoying boisterous rough-and-tumble play with toddlers.

Those children who benefited from “high-quality” playtime with their fathers were, according to the study, less likely to display hyperactivity, emotional or behavioural difficulties. They also appeared to be able to control their aggression, and were less likely to lash out at other children during disagreements at school.

To those of us who follow the science on parenting, this is not news.  A year ago I wrote here about Dr. Anna Machin’s book The Life of Dad that is far more detailed, complete and informative than either The Guardian’s article or the survey of studies it reports on.  The fact is that children who grow up with their father and are exposed to the type of play referred to aren’t simply able to control the expression of their emotions.  Far from it.

Play between fathers and children produces what Machin calls bio-behavioral synchronicity.  That is, play behavior stimulates certain bonding chemicals in Dad’s brain that are then mirrored in the child’s.  So play produces in the father beta-endorphins, that Machin calls the “king of the bonding chemicals.”  His playmate’s body produces the same in turn.  Likewise, play produces a spike in Dad’s oxytocin level that’s again mirrored by the child.  Oxytocin is associated with feelings of love and the ability to empathize.

In short, father-child play is the primary way in which the two form the bond that’s indispensable to child well-being throughout childhood and well into the adult years.  It also contributes to fathers’ role in preparing children to deal with the world outside their immediate (mostly familial) environment.

Moreover, while mothers’ parenting mostly occurs as a result of activity in the limbic system, including the amygdala, fathers’ stems from activity in the neo-cortex.  That means mothers’ parenting behavior tends to be more emotional, nurturing and attuned to risk, while fathers’ is more a matter of social cognition, handling complex thoughts and making plans.  As such, Machin calls fathers’ parenting behavior more flexible than mothers’.  In fact, a study of gay male fathers, conducted at Bar Ilan University in Tel Aviv has demonstrated that fathers’ brains can adapt to the lack of a mother by building neural pathways between the amygdala and the neo-cortex in ways mothers’ brains do not.  In our evolutionary past, fathers have been biologically primed to step in when mothers can’t or won’t do the job of parenting and that’s reflected in their brain activity.

The Guardian knows none of this.  Indeed, its author says,

Children who only live with their mother need not be at a disadvantage, the authors point out.

Yes, we won’t find The Guardian criticizing single mothers any time soon.  But what the study’s authors are saying is that, if a single mother plays with their children the way fathers do, then the child will get the same benefit.  The unspoken problem is that few mothers do.  That’s not what evolution has primed them to do; their biochemistry urges protection and nurturance, while Dad’s recognizes that the child won’t live protected by his/her mother forever and must learn to successfully inhabit the outside world.

Still it’s refreshing to see The Guardian informing its readers about the value of fathers’ play with their children.  With any luck, mothers and child protective agencies will cease to see “rough and tumble” play as dangerous to kids or of no value.  It is, after all, necessary to children’s well-being, and emotional stability and competence throughout their lives.