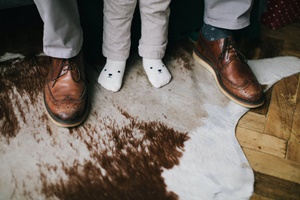 June 3, 2020 by Robert Franklin, Member, National Board of Directors

Three Cherokee County, North Carolina employees of the Department of Social Services face multiple indictments by a grand jury stemming from their use of “custody and visitation agreements” (CVAs) to coerce parents into giving up their children to foster care (Carolina Public Press, 5/19/20).  In all, the three face 41 felony and misdemeanor charges with the possibility of more to come.  Former DSS Director Cindy Palmer, former DSS attorney Scott Lindsay and former Child Protective Unit supervisor David Hughes were booked into the Cherokee County jail.

Apparently, the use of CVAs is illegal in the state and the three attempted to cover up their use of them by, among other things, lying under oath about their use.  In addition, when the investigation began in 2018, Palmer was relieved of her duties as DSS Director, but immediately rehired as the DSS business officer.  Remarkably,

In a series of investigative reports in 2019, [Carolina Public Press] pointed to evidence that an unprecedented and massive number of documents at DSS were shredded at precisely the time she took on the new position.

Needless to say, if those documents had anything to do with the investigation, Palmer could be in for additional charges of obstruction of justice.

What are CVAs?  We’ve seen them before in other states and going by other names.  In a nutshell, they’re documents state CPS agencies use with increasing frequency to avoid facing parents in court.  Caseworkers threaten parents that, if they don’t sign the CVA, the agency will take their kids into foster care.  Once the parents sign, the agency shows the court that there’s a “voluntary” agreement with the parents that they lose the children for a certain period of time.  When parents agree, there’s nothing to litigate and nothing for a judge to decide.  What CPS can’t do via due process of law, it does by threats and intimidation.  Nice.

Parents have said they resisted signing the documents. Tienda Rose Phillips told CPP last year that she thought the documents were “sketchy.”

“But when you have someone who you think is over you and is threatening foster care, who you know can take your kid, you kind of do what they say,” Phillips said. “You kind of feel you have no choice.”

In fact, back in 2018, a judge had already ruled the use of CVAs illegal and a violation of parents’ constitutional rights.

In fact, the documents were an illegal violation of parents’ constitutional rights, and “the product of both actual and constructive fraud on behalf of the Cherokee County Department of Social Services, its agents and employees and Attorney Scott Lindsay and Director Cindy Palmer,” District Court Judge Sellers ruled in 2018.

But well before that ruling, Palmer and the rest of DSS knew or should have known that the use of CVAs violated the law.  That’s because training was provided her and the others explaining exactly that.

State and federal policies require child welfare workers to receive training throughout their careers. Palmer herself had attended a training in 2016 on proper procedures for custody removals, DSS attorney David Moore told the DSS board in a closed session.

David Moore told the board during that closed session “that training in 2016 had covered the appropriate department procedures that should have been followed regarding custody removals,” according to closed-session minutes. “The 2016 training was clear and direct and taught procedures and rules regarding maintaining parental rights.”

I suspect they did, but, as we’ve seen elsewhere, the coerced use of “voluntary” agreements with parents is so much easier, quicker and cheaper than adducing evidence in court sufficient to convince a judge of the need to take someone’s kids.  And if you’re the way so many child protective officials are, you opt for the quick and dirty over the hard and constitutional every time.