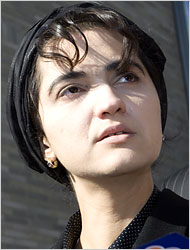 George Washington University Law School professor Jonathan Turley has some interesting things to say about the appalling Borukhova murder case in his recent blog post Wife Pays Hitman to Drill Dentist Husband. In that case, a mother apparently had her husband murdered after she was unable to drive him out of his daughter’s life by making allegations of sexual abuse in their custody battle. The father was murdered in a playground in front of their 5-year-old daughter.

“Dr. Mazoltuv Borukhova in Queens has been arrested for paying a hitman $20,000 to kill her orthodontist husband, Dr. Daniel Malakov. What is most striking about the attempted hit is how sloppy it was with a trail of money and evidence leading back to the wife.

“It appears that Hell hath no fury like a doctor scorned. Dr. Mazoltuv Borukhova wanted Malakov killed on a playground in front of their 5-year-old daughter amid a custody battle. She allegedly used a relative, Mikhail Mallayev.

“The whole effort no doubt has the Russian mob recoiling in embarrassment. The wife left a phone record of 90 phone conversations in the weeks before the shooting and three more shortly afterward.

“Then there was the bank deposits totaling $19,800 in 10 different bank accounts.

“Then there was the botched hit itself. The assassin used a makeshift silencer, which was left at the scene with Mallayev”s prints on it.”

The Associated Press article on it is below. Any ideas on what her defense will be?

NEW YORK (AP) — A woman charged in the execution-style slaying of her orthodontist husband exchanged scores of phone calls with the suspected gunman, then paid him nearly $20,000 after the shooting, authorities said Friday.

Dr. Mazoltuv Borukhova was arrested at her Queens home on Thursday and ordered held without bail on charges she conspired to have Dr. Daniel Malakov killed on a playground in front of their 5-year-old daughter amid a custody battle.

One of Borukhova’s relatives, Mikhail Mallayev, was arrested in November on charges he was the triggerman.

“We believe she paid the shooter, Mikhail Mallayev, to kill Daniel after the couple separated and he won custody of their daughter,” Police Commissioner Raymond Kelly said at a news conference.

District Attorney Richard Brown said evidence against the wife included phone records showing she and Mallayev had 90 phone conversations in the weeks before the shooting, and three more shortly afterward.

Bank records also show that, following a meeting in Borukhova’s office, Mallayev deposited a total of $19,800 in 10 different bank accounts.

Borukhova’s attorney did not immediately respond to a phone message Friday. Both Borukhova and Mallayav have previously denied any wrongdoing.

A gunman using a makeshift silencer and wearing a black leather jacket and a dark hat, shot Malakov in the chest in broad daylight on Oct. 28 and vanished, police said.

The victim had gone to the Queens playground to take his 5-year-old daughter to see his ex-wife, a specialist in internal medicine. The couple’s daughter was placed in foster care following her father’s death.

Police said they recovered the silencer at the scene and later determined that Mallayev’s fingerprints were on it.