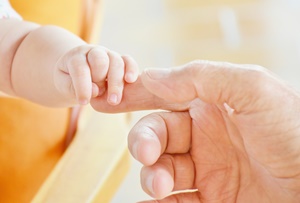 June 5, 2020 by Robert Franklin, JD, Member, National Board of Directors

It’s hard to know what to make of this awful, tragic case (Fox San Antonio, 5/20/20).  Perhaps San Antonio Police Chief William McManus said all that can be.

“We have seen this happen over the years in the past where parents who have lost custody or are involved in divorce have resorted to murder-suicide,” McManus said.

One day after a San Antonio judge gave primary custody of Clara and Robert Deitering, 5 and 3 years old respectively, to their father Jason, their mother Karina shot the two children, her own mother and finally herself.  Never before had she given any indication of a propensity toward violence.

What she had done is make a false allegation of sexual abuse of Clara against Jason.  That too came on the heels of Judge David Canales’ ruling that, during the pendency of the divorce, Jason have primary custody of the children.  Canales immediately ordered an expert in sexual abuse of children to investigate the allegation and that Jason have no contact with his kids.  The results of that investigation were unequivocal.

“After a complete child custody evaluation by an independent court-appointed clinical psychologist came out in favor of the father having custody in Mississippi, the mother claimed that their daughter made a sexual abuse outcry,” [father’s attorney Charles] Hardy said, detailing the two days of testimony from multiple witnesses that followed. “In an abundance of caution, after the first day of testimony (in early February), the judge appointed the top sexual abuse expert in San Antonio to interview the child who the mom alleged made the outcry. Although the mother delayed in taking the child to the expert, the psychologist ultimately testified in the second day of the hearing (in April) that the child reported to her that her mother had told her that she was abused while the child was sleeping.”

Canales then ordered that Jason should have primary custody.

On April 24, records show Judge David A. Canales found it in the best interest of the children – “for their safety and welfare” – that the rights to decide their primary residence be awarded to Jason. Jason’s monthly obligation to pay child support to Karina would be terminated effective May 1. And Karina was ordered to surrender the children to Jason immediately…

Jason’s attorney, Charles Hardy added that the judge’s order specified that Karina was to have “liberal visitation” with the kids.

In short, it appears that Judge Canales did everything right.  He took seriously the accusation of sexual abuse and also the finding that Karina had originated the allegation herself.  Canales seems to have understood that levelling the false allegation was sufficiently wrong, sufficiently at odds with the children’s interests that Jason should have primary custody.  But Karina had never been violent before and her past, while far from spotless, in no way indicated that she shouldn’t continue to be a prominent presence in her children’s lives.  So Canales gave her “liberal visitation” of the type fathers routinely receive in Texas courts.

What could anyone have done to prevent Karina Deitering’s horrible, utterly senseless act of brutality?  Nothing that I can see.

Yes, the family court system itself plays a role in this sort of case.  As I’ve said countless times before, the very fact that one parent will emerge from a custody case the winner and one the loser is the wrong approach, one that all but ensures heightened conflict.  Equal parenting orders can reduce that conflict by telling both parents “you won’t lose your children.”

Still, Karina Deitering had lied to the court for the purpose of depriving Clara and Robert of their father.  She’d fired the proverbial “silver bullet” and, as such, she was guilty of child abuse.  Children need both parents and Clara and Robert needed Jason.  To attempt to remove him from their lives based on a lie was an attempt to make their lives worse, less stable, less prosperous, less happy.

So, at least for a time, it was appropriate of Judge Canales to restrict her access to them.  But his order allowed equal time for the parents as the summer wore on.

What made Karina Deitering do what she did?  And who could have prevented her from doing it?

I have no answer to either question.  Perhaps, as Chief McManus said, sometimes, unthinkable as it may be, it just happens and we don’t know why and we can’t prevent it.