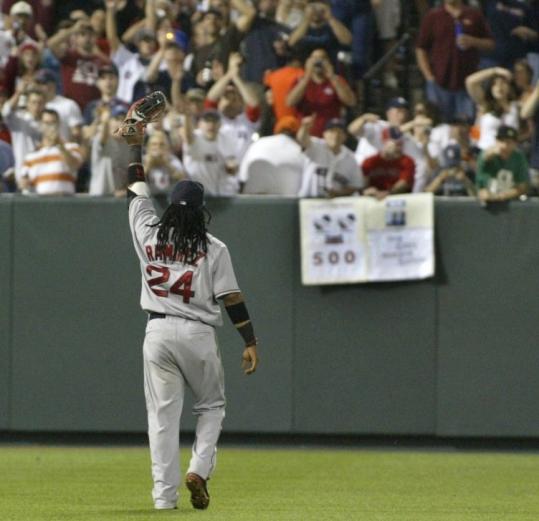 [Note: Please forgive Glenn’s annoying baseball analogy habit–GS] Dr. Ned Holstein and I spoke at Fathers & Families” General Membership meeting in Boston a couple weeks ago, and 160 Fathers & Families members and supporters braved the snow and ice to attend. It was nice getting a chance to meet some of the organization”s Massachusetts rank &
file, many of whom I”ve communicated with for years by phone and email but have never met. Bostonians are baseball fanatics, and since I’m from Los Angeles, throughout my stay in Boston I was repeatedly asked about Manny Ramirez. (For those who don’t know, Ramirez was a Red Sox star for many years but was run out of town last summer and traded to the Dodgers after loafing on the field because he was unhappy over a contract dispute.) Many of the Bostonians vented their anger at Ramirez for letting the team down and pointedly refusing to play with proper dedication even though he was earning $18 million a year. What struck me about the dispute is this: Manny Ramirez, a potential future Hall of Famer, played his best years in Boston, played a key role in their 2004 and 2007 championships, and was for many years a genuinely beloved figure there. Now the once-precious bond between Manny and hundreds of thousands of fans has been ruined, probably permanently, over issues that were comparatively trivial. When both Manny and Bostonians look back on his time there, there will always be a shadow over it and it will always be bittersweet. Now, on to the more weighty subject of divorce. I’ve always been an outsider to divorce–my parents have been married for 46 years and I’m happily married and have never been divorced. But what often strikes me about divorce is the way it poisons so much of a person’s lifetime. I’m not talking about the custody battles or parental alienation or many of the other post-divorce related nightmares. I’m talking about the simple fact that you spent 20 years of your life with a person and had kids with them, and now you hate each other. It throws a shadow over your whole life and all your memories. Isn’t there something incredibly sad about that? I’m seeing this with one of my wife’s friends right now. They’re splitting up after being married for 25 years. They both contributed to the destruction of their marriage, probably him more than her but neither one was innocent. And while discussions focus on how awful the other one has behaved, what I keep coming back to is this–they spent the best years of their lives together, raised two kids together, sacrificed together and pulled themselves up economically together. Now it’s all poisoned, permanently. To me, it’s incredibly sad. And that is the question I would ask readers–isn’t what you went through sad on that level alone? And is there hope?